I am just walking out of the office of a young and successful C.E.O. in France. He spoke at length about his organization and was surprised, almost disappointed, that, by the end of the 90’ meeting, I hadn’t taken many notes of what he had explained, with pride and passion. “You have an amazing capacity for Story Telling, did I say, and explained in that way, what you said will stick in my emotional memory forever!”

Daniel Kahneman is the only psychologist to have been awarded the Nobel Prize of Economics, back in 2002. In short, he managed to prove that our “emotional memory” lasts longer and is stronger than our “factual memory”. So by talking to my emotional memory, this C.E.O. was right and I will remember his presentation for long.

I was invited, a few months ago, to be a speaker at another large conference (unfortunately a corporate event for a big French bank, so the rules of the retarded 1.0 organization whose logo appears behind me, do not allow any public display of what was presented). 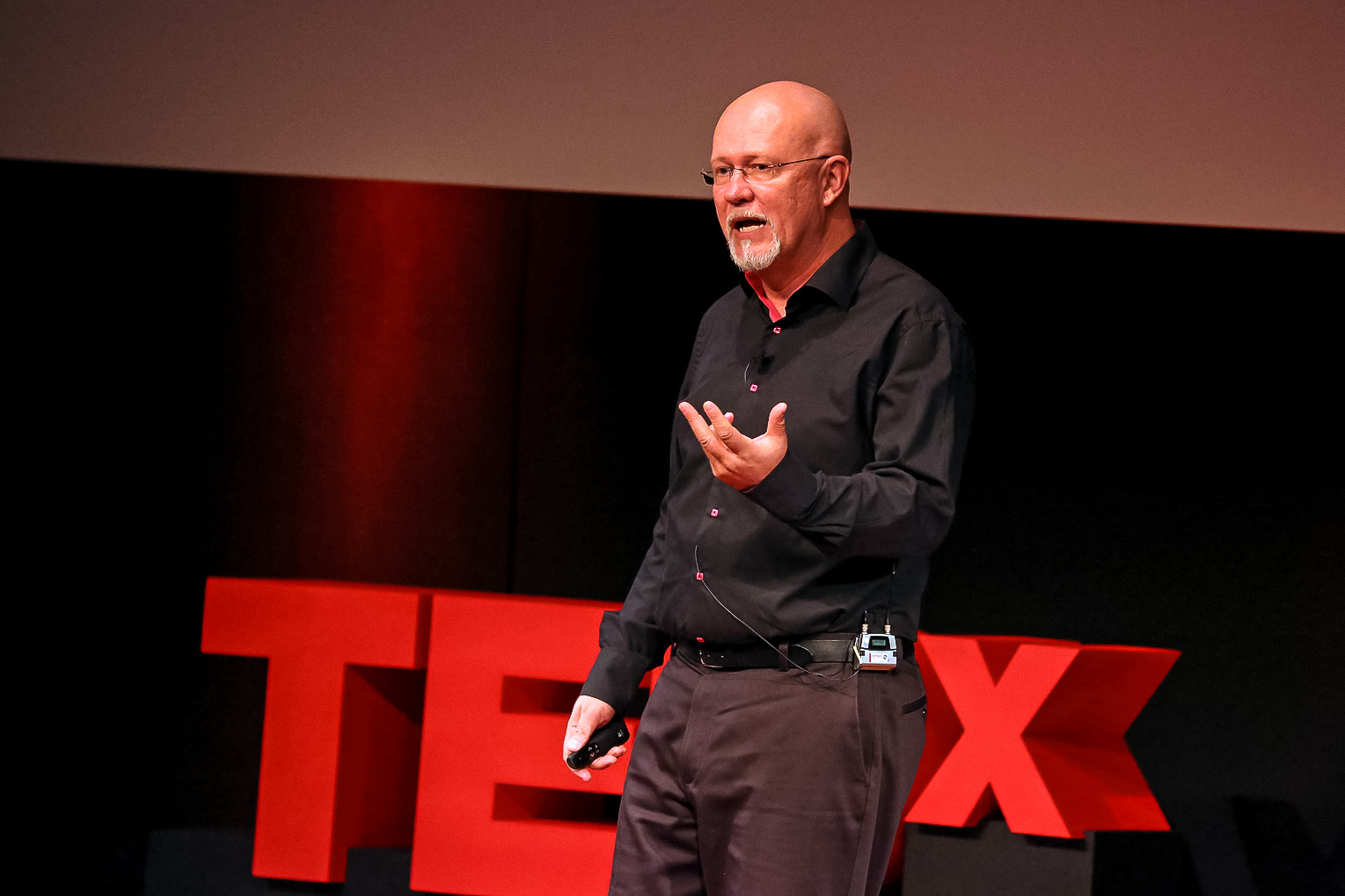 Several of us spoke on the theme of Joseph Campbell’s Hero’s Journey to 500 top bankers of that French venerable institution.

I was asked to open the show and chose to test the audience live. I explained that I wanted to talk about the country of my heart, Brazil. I reassured them (World Cup overdose) that I wasn’t going to mention futebol, beaches, sunshine, hospitable men and wemen, samba nor bossa-nova but intended to focus on the evil of my adoptive country: Inequalities, misery, lack of infrastructure, poor education, social apartheid and its consequence: violence.

I started by showing Excel spreadsheets with the detailed statistics of crime, social inequalities, race based differences when it comes to university degrees, poverty etc… After three minutes already, no matter how passionate and expert I was on the subject… I distinctly felt that I was losing my audience to the exception of the poor unlucky few, sitting in the front row and still too polite to jump on their smart-phones.

I told them that I had another 7 slides to show or… that I could tell them about the story of the young Diego Frazão. 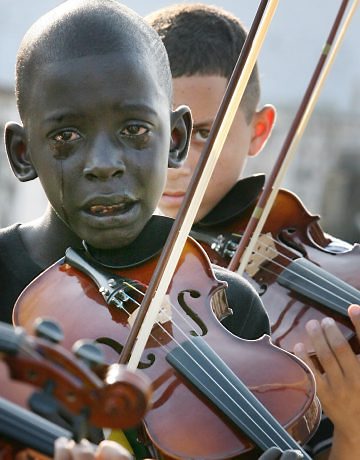 Diego was very poor and determined to become the best violin player in his country.  His way crossed the one of John Evandro da Silva, a social educator in his slum (which Brazil now pudically calls “Communities”). John hadn’t laughed about the pretention of Diego. He hadn’t trivialized his dream, ridiculed his ideal nor doubted his determination, as many adults had, before. On the contrary, John Evandro da Silva took Diego seriously and had him work very hard. Under his mentoring, Diego developed well until another encounter, fatal this one, in John Evandro’s generous life: Two vagabonds shot him dead to steal his meager wallet and tennis shoes (and since this happens in Brazil, the two criminals were themselves stolen by…policemen in the following instants and John Evandro died there).

Diego had lost his mentor, friend, an elderly brother as well as a master in music, in a few seconds. The pictures you see speak by themselves: Diego and friends were playing for the funeral of John. The picture of the inconsolable 10 years old, at the time, profoundly moved Brazil. Diego was devastated. 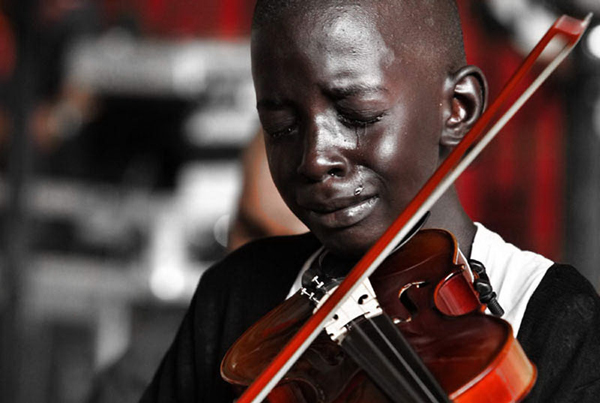 But, he rapidly thought that abandoning would be an insult to the dedication of his Master. So, patiently and with a wonderful resilience, Diego went back to playing and playing and playing… Several months into it, he started to complain about sore throat, fatigue, muscular pain. His parents sent him to the local “health point” where he was diagnosed with a simple cold… Ashamed to complain for so little, Diego went back to school and music and… a few days later where he was diagnosed terminally ill with leukemia.

Today, Diego is reunited with his beloved music teacher and plays for all those we love and who have moved on, ahead of us.

Back in Paris… a long silence ensued. The whole audience was connected again, captivated and fully attentive, many of them appearing deeply moved. They were back… I asked: “If I were lucky enough to meet you, individually, in a few months and if by chance, you still remember my session, how would you refer back to it? Would you name it “The Excell spreadsheet of the detailed criminality statistics for the Rio de Janeiro State”or might you refer to it as “The story of the child violinist”? As per expected, an overwhelming forest of hands rose when the second option was announced.

In these times where many changes are forced on us through M&A, economic downturn, geopolitical realities or Disruption opportunities/threats, what about trying to engage our people through stories, metaphors, gestures and symbols (which all connect with our emotional memory) rather than powerpoints, excel spreadsheets, models and pure logic only? Emotions take over from facts in our people’s memories as well. Not just with hardcore bankers… 😉

8 Responses to “Emotional vs Facts based memory”