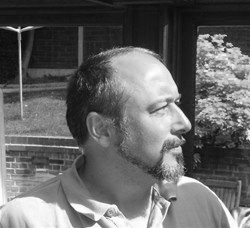 Swiss born, Philippe Graf has been studying and practicing Martial Arts since 1968. After starting with Judo, he then went to Jui-Jitsu, Karate and Aïkido. A professor for ten years, he started to study the relationship between energy and movement in Aïkido, which led him to the discovery of Seitaï, an area he has been deepening since 1986. Setaï can best be described as a blend of ancestral oriental wisdom updated with the most recent findings in neurology and anatomy.

Philippe has been teaching Seitaï since 1996 and has taken part in Leadership Development activities since 1999. He holds a Master in Intervention Psychology of the University of Valencia (Spain) and a B.A. in Hotel Management from the Ecole Hôtelière de Lausanne. He is also a certified Coach using DBM (Developmental Behavioural Modelling), NLP and Eriksonian hypnosis.

His main area of interest is the study of human reactions, based on some physical attributes (posture, gesture, way of walking etc…). These may be read as a genetic map of the energy distribution in the body and can be used as powerful levers to manage stress and energy in private and professional life.