Often, when parachuted into a turnaround situation, we face a bit of a dilemma: Do I “shake my people up” or do I comfort them?

A first surprising experience of leadership as a ski instructor (for those of you who know me now, it is inconceivable that I once had long hair and was nicknamed “Jesus”), came by trying to encourage a GM top executive to let go of his fear  and ski down a very light beginners’ slope. He just couldn’t. He was petrified. I then thought: “I’ll try to take his fear over”. So I screamed loud at him and he suddenly moved. 10 seconds later, he turned with a wonderful smile made of pride and relief: “Gee, for a second I got more scared by you than by this mountain… Thank you!” And he became a very decent skier. 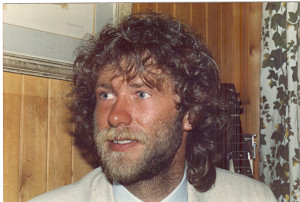 We all know about those determined leaders, cutting costs, axing jobs, uninterested by being popular or loved. They usually are celebrated for saving their companies (sometimes at a high cost) and shape up the business school collective unconscious. Even an old model such as the 60’s “Situational Leadership” recommends we use the “Telling style” (directive, task focus) when followers seem unprepared for the challenge they are confronted with and that the situation is alarming. So, there sometimes is merit in choosing a driving, at times “fear inspiring” approach in extreme situations, when the team looks paralysed.

However, fear always carries a price tag: “Even if we insist on obedience, we will never gain it for long, and only at the cost of what we wanted the most : loyalty, intelligence and responsiveness” wrote M. Wheatley & M. Kellner-Rogers in 1998. Studies of the impact of fear on the human brain (already quoted in a previous post, in 2009) confirm that:

A leader seeking to engage his organization, to get his people to think “out of the box”, or take measured risks, will be at a loss when wielding the axe. People will be in a completely defensive/passive mode or will rebel and leave.

I recently had the chance to observe three leaders who chose a radically different approach. All were given difficult business situations, demanding a rapid and decisive turnaround. They chose benevolence rather than fear, challenge and threats, to start with. This is what they had in common:

For many around them, they were betting on the wrong horse: How can you invest into repainting the building when we are bleeding cash? People need a solid shake-up etc. But they firmly held on to their approach. In one case, the miraculous turnaround already happened, and he has now been sent to fix another bigger problem. For another, the project (the most ambitious ever for this 90’000 + employees organization) that was at risk, has been successful transformed and the third has just started but to see the passion, faith, hope and respect in the eyes of his team, I bet they are on the right path

In an age where complexity and chaos are part of the leadership context, by which leaders have to be decisive even when they don’t know the answers (What Denys Monteiro in an excellent article calls Waze leaders, as opposed to GPS leaders) benevolent leaders, because they are capable of harnessing the loyalty, collaborative, creative and entrepreneurial “juices” of their people, go further and longer than their fear inspiring counterparts.