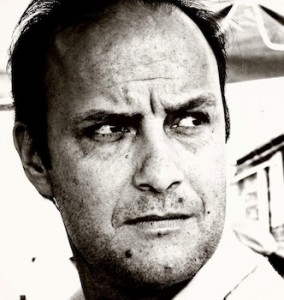 Born in Paris, raised in Spain and Switzerland, and having lived more than half of his life outside his native country, Dimitri has a broad international culture and speaks four languages. Holder of a BA in International Business and Marketing, and a Master Degree in Strategic Management, his professional background has been shaped through many different activities, mainly as owner/creator: from corporate consulting to computer retail, from events organisation to web design and wine growing.

During his Master in the late 90’s, Dimitri, already interested on the impact of psychology and human relationship in the business area, began focusing on disruption management and engagement processes. Later, with the advent of the “Open” phenomenon (Open economy, open innovation, you-name-it), the impact of such revolution and the need to embrace it became clear to him and his beliefs. After meeting with Didier Marlier (former high-school mate) in 2010, and getting in touch with his project, he decided to dive deeper into the disruption and engagement processes. Now strengthening his skills in psychology, neuroscience and organisational change, among other topics, Dimitri started his collaboration with the Enablers Network in 2011.

Socially and politically engaged (under no old fashioned flag though), he frequently writes in Le Monde and some political blogs about the urgency for leaders to co-create clarity, purpose and ownership through the Intellectual (Logos), Behavioural (Ethos), and Emotional (Pathos) agendas. He believes those agendas are important not only in the business area, but also from the tiniest social group (a family) to the greatest one (a nation, if not the whole planet).

Proud father of fraternal twins (boy and girl), Dimitri is focused on giving them his best, trying to provide with the finest personal development tools and environment. He loves to express his creativity through photography and cooking, and doesn’t mind having great time skiing and sailing.