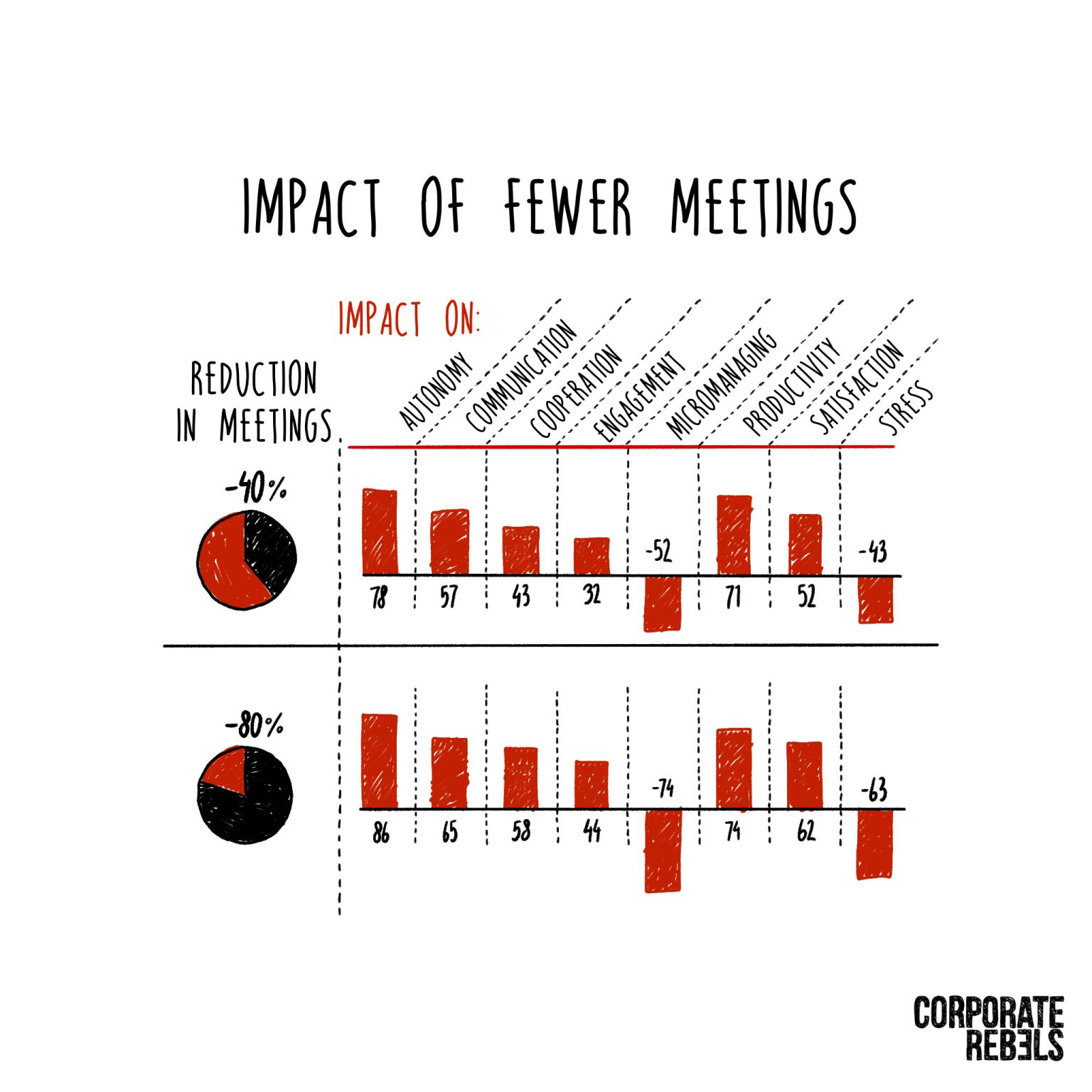 Yesterday, I came across an interesting post by Serge Golay, mentioning an article published by a consultancy with an inspiring name, Corporate Rebels.

The post refers to a Harvard Business Review article, dated March 2022, mentioning a study concluding that, if the length of meetings had been reduced by 20% on average, during COVID, their number had increased by 13.5%. HBR also noted that newly promoted managers tend to hold 30% more meetings than seasoned executives, probably due to their eagerness to connect with their remote team members and how easy it has become to order meetings through Covid times, causing “Zoom fatigue”… Nothing new under the sun.

But, then HBR surveyed 76 organisations which had decided to focus on meetings reduction targets and found out (see drawing) that productivity was improving between 62 and 86%, when the numbers of meetings was reduced, from 20 to 80% respectively. That is interesting and, probably a bit counter intuitive…

In order to reach these “Meetings reduction targets”, the article suggests to:

If the research of Harvard is validated and that less formal meetings dramatically improve performance, wouldn’t it be worthwhile integrating this into a long lasting cultural change, rather than through wobbly technological quick fixes?

Remember that, following Hay (now Korn-Ferry) and Gallup, 70% of a corporate culture comes from the behaviour of its leaders. So, change your behaviours and the rituals, rhythm and fatigue of meetings will change. Should we, as leaders, be convinced that holding less meetings is an interesting way forward, let us not commit the mistake that so many other executives commit: Parachute change and new technologies without having properly prepared the culture and people first. Should you really opt for a “Meeting-light organisation” you need to evolve, in your own behaviour and thinking:

Thank you Serge for having generously posted. I hope this, added to the HBR article, will strike a balance between technology driven solutions and… Leadership!

← Prev: Bonding or Bridging? Next: When the way to Hell is paved with good intentions… →