Where do we think we’re going? 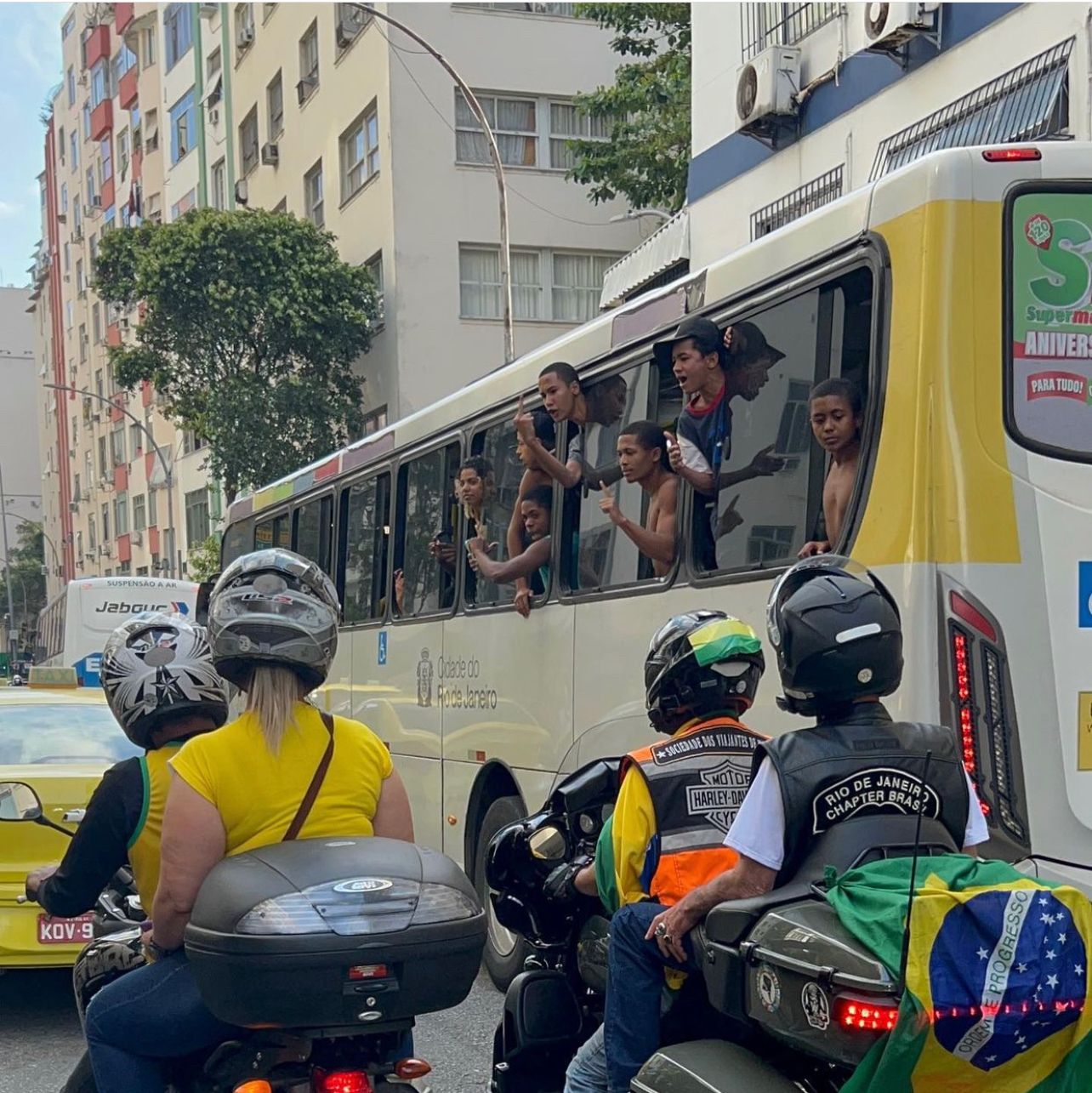 I came across this amazing picture of Brazilian Journalist, Lola Ferreira, showing far-right Brazilian President Bolsonaro’s supporters, “meeting” underprivileged people in Rio de Janeiro on September 7th. It struck me as symbolising the huge challenge ahead of us.

I was looking for a title to this article when “Where do you think you’re going” by Dire Straits started to play on my background music. And that is the question I feel we, as Mankind, should ask ourselves.

Since it is so long (almost two hours), I doubt many of you watched the entirety of NY Stern Professor, Jonathan Haidt’s interview by Lex Fridman, mentioned in my last article. So here is the extract (2’49’’ long) which focuses on what I’d like to reflect on here:

Such a topic may raise eyebrows in the context of a blog, precisely dedicated to Business and Leadership. But is there still anyone around seriously believing that there is a hermetic wall between business and societal trends & movements, politics, environment, poverty and migration, to name a few? I am writing this, having in mind our Business Leaders’ role as societal educators. And this starts with the individual leadership philosophy and behaviours of all of us.

The purpose of this article is to reflect on how, concretely, we, individual leaders, will contribute to head the World towards Discovery rather than Defensiveness.

Amongst the numerous Business meetings I sat in, I noticed three types of “ambiances” regularly coming back:

Remember the “3 Brains theory” (connecting researches of neuroscientist Paul MacLean, neurobiologist Henri Laborit and psychologist Daniel Goleman): When human sense (rightly or not) that there is a threat on the survival, territory or habits, their defense mechanisms (Fight, Flight, Freeze) kick-in, switching-off their capacity to analyse, reflect, be creative and take measured risks. Polarisation and exclusion are powerful triggers for that mechanism.

This is our time to become more than business leaders…

← Prev: Are we heading towards a World of Discovery or a World of Defensiveness? Next: After the Great Resignation, the Quiet Quitting →