Leading when I don’t know: a new Logos, Ethos and Pathos for Disruption Leaders

Unless we are Elon Musk or Jeff Bezos, the chances are that we feel increasingly concerned about leading in a context that we do not fully master nor understand. Who can claim that they have a clear grasp on all new technologies (3D copying, 4.0 Manufacturing, Artificial Intelligence, Big Data, Digitalization, Epigenetics, Internet of Things, Nanotechnology etc.) and their strategic implications for their business? I call this: Leading when I don’t know!

One of my ex colleagues, inspired me the perspective here below: 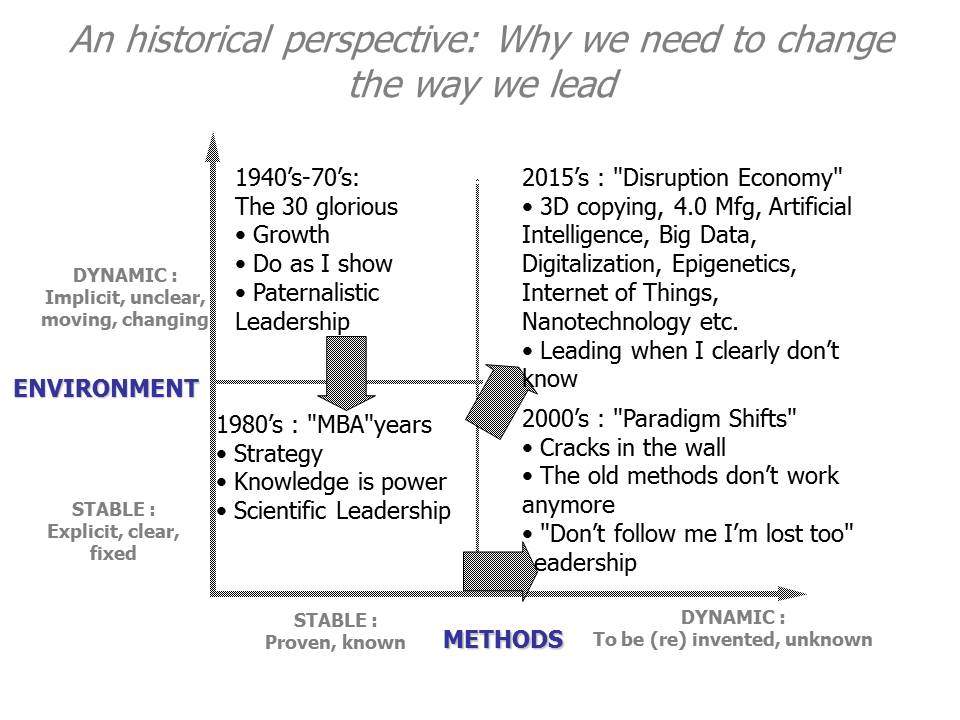 Ask yourself, how one used to lead in the post 40’s when, in Asia and Europe, everything was to be rebuilt, or the 80’s when the illusion was that every decision could be purely rational and the shock that hit us when we started to realize in the 2’000’s that our old recipes were out of date. Today (and for quite some time I believe) we live under a regime of dynamic, fast changing objectives (Environment) and to be re-invented methods. Welcome to the V.U.C.A. World of the Disruption Economy.

I recently was in Rio, exploring with 40 experienced C.E.O.s of foreign and local multinationals, how to lead under such chaotic and complex circumstances. Little by little three pillars of “Disruptive Leadership” emerged. We named them, Logos, Ethos and Pathos (and I would be very grateful if you, dear readers could suggest other terms for that trilogy). 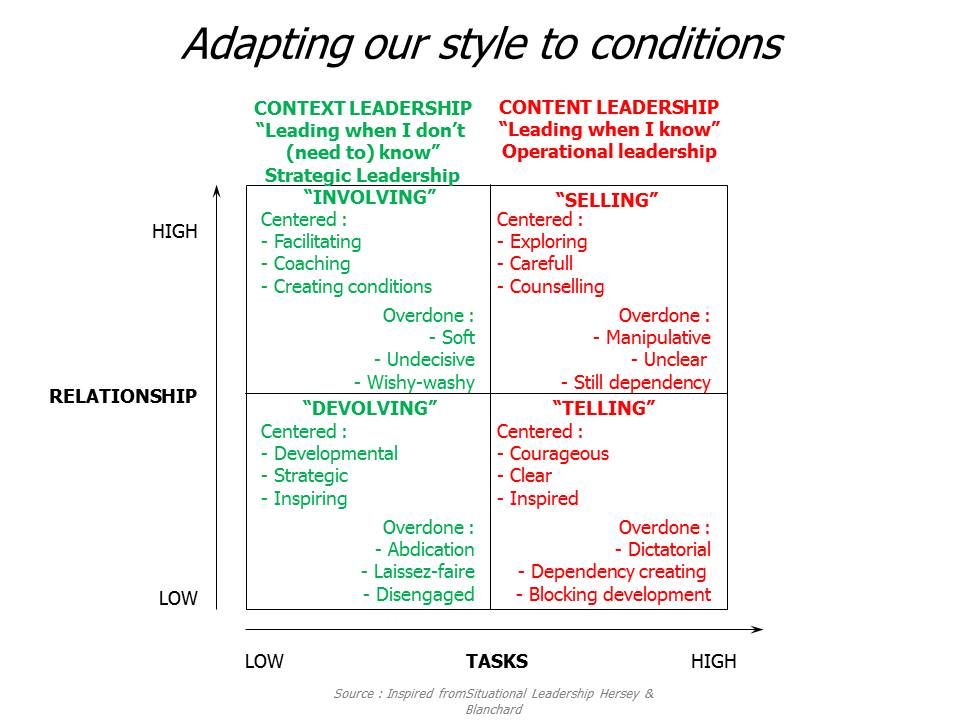 “Disruptive Ethos” is based on three pillars:

Pathos: The Sense of Purpose

Do you remember the highly illustrative looks on the faces of the basketball players of Efez Anadolu, invited to the… Opera by their President, to celebrate their new Title. Look again at the same faces when suddenly the Purpose of that invitation becomes clear… The same happens to your people when you send them the new Roadmap by e.mail or PowerPoint them to death in a one way broadcasting style… Particularly in times of doubts and insecurity, such as the Disruption Economy, our people need to understand the Purpose of the leader and the organization that they chose to follow.

In this short intervention (shown some years ago), retired Lt. General Paul van Riper (ex-commander of the US Marines) explains why a strong sense of Purpose is critical for a mission to succeed:

Refusing to lead, when we don’t know is called abdication. Pretend to know when we don’t, will destroy the trust our subordinates have in us. What about leading through those three levers?

← Prev: In times of Disruption, challenge your orthodoxies! Next: Our (very) old friends: Logos, Ethos and Pathos. By Michael Newman →