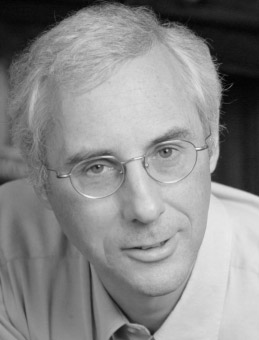 It is a long way from the oil rigs in the South China Sea to the snow-capped mountains of the Alps. Leadership and motivation consultant Marvin Faure took a round-about route to get there, giving his own sense to that old cliché, the journey is the destination.

Since his earliest days living as a child in Nigeria, Marvin has always enjoyed seeking out new experiences, discovering new places and meeting new people. At the latest count he has lived in more than 10 different countries and on three different continents. The common thread through all these years has been a thirst for adventure and for authentic experiences. Not for him the sanitised world of air-conditioned taxis and modern chain hotels, he would rather take the slow road, travel by bus, train or better still by boat and stay in a guest-house.

Marvin began his career with a conventional education, receiving his degree in engineering from Cambridge University, UK. Graduating was perhaps a minor miracle in the face of the multiple temptations and opportunities to have fun, but was the essential springboard to an eclectic career, starting as an engineer officer in the Royal Navy. After four years he swapped the white coveralls and blue uniform of the Navy for the blue coveralls and hardhat of Schlumberger Oilfield Services, and within two weeks found himself covered in grease on an oilrig in the South China Sea.

During the next eight years Marvin lived and worked in almost every country in South-East Asia, ranging from Bangladesh and Burma through Malaysia and Brunei down to Indonesia. The unofficial motto of Schlumberger was “anytime, anyplace” and there was no better opportunity for adventurous engineers, ready to move at a moment’s notice and work very long hours in tough conditions. As an engineer manager, he often struggled with the infuriatingly unpredictable, bizarre behaviour of other people. Technology was much easier to deal with.

An MBA at INSEAD in France gave Marvin some insights into leadership, a partner for life, an enduring network of classmates and a complete change in career. A new adventure began, living in Paris, working in French and managing a large sales team with ambitious export objectives. Three or four years later, however, he had a growing realisation that something was missing. Selling electromechanical widgets to the world didn’t seem that purposeful, even if it did maintain employment in the factory.

When the revelation came, it was initially a huge shock. A new job in Human Resources? Are you kidding? For a few days Marvin wondered what he had done wrong. The penny finally dropped: the value of an organisation is the sum of its financial capital, physical capital (plants, buildings, technology) and its human capital. The latter is not only the most valuable, but also the only part that walks out of the door every evening. The conclusion is obvious: companies that make the best use of their people will be the most successful.

Marvin had found his deep intent at last: helping leaders reach their potential. He believes strongly that the primary role of the leader is to create the conditions for his or her followers to do their best work. Over the last two decades this has become his focus. He has had the privilege during this time to work as a leadership consultant and coach with many outstanding international organisations, including Akzo Nobel, BMC Software, CERN, Coop, Dell Computer, DCNS, GDF Suez E&P, University Hospital of Geneva, LeasePlan, RSMi, Solvay, Sylvac, Trelleborg Offshore, UNAIDS, UNHCR, Vittoria, and the WTO.

Marvin is based near Geneva, Switzerland with his wife and two sons. This is perhaps the best place in the world from which to indulge his two sporting passions: snowboarding and road cycling.

Some of Marvin’s contributions to the Enabler’s Network blog: