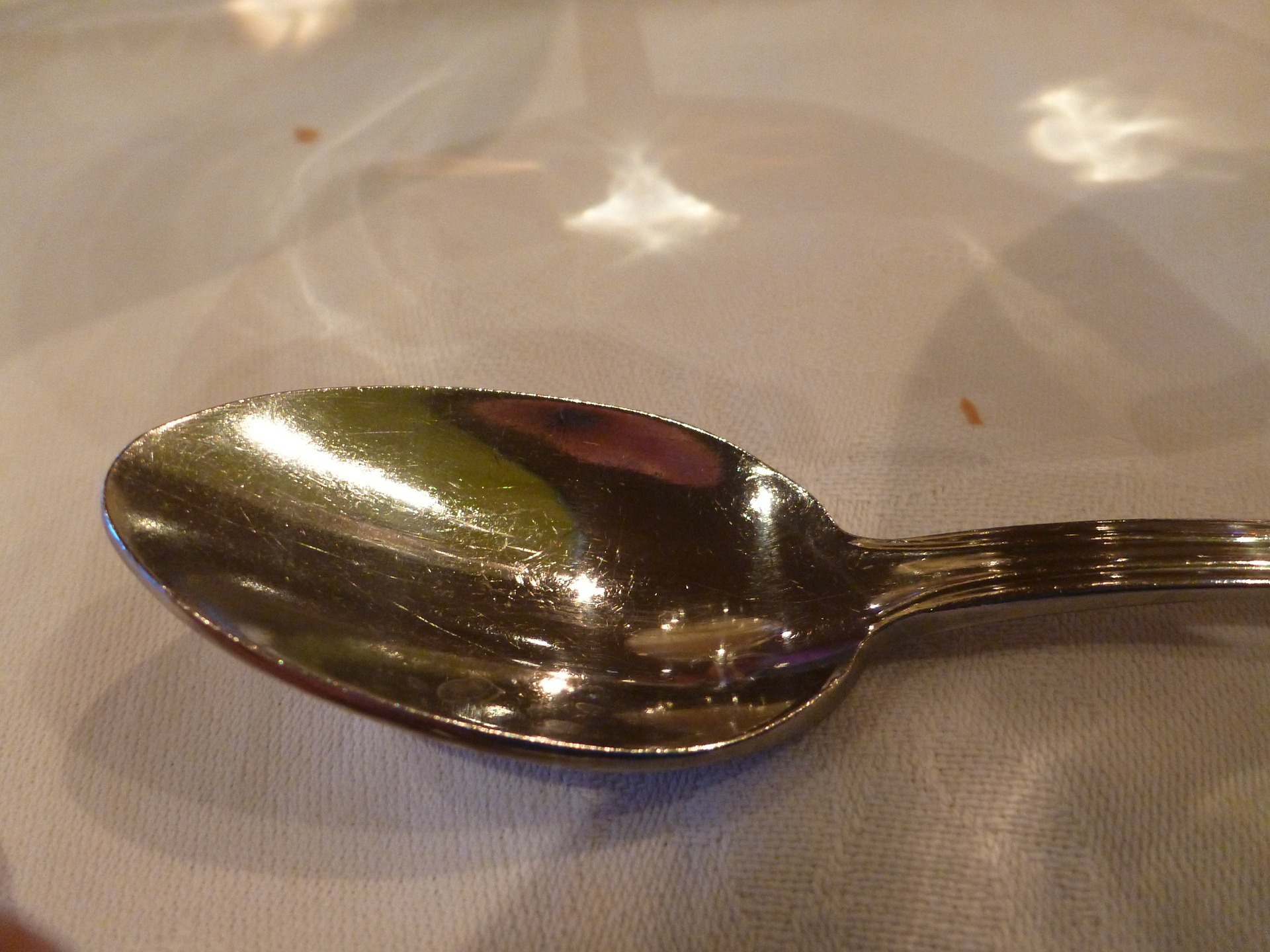 As per explained in my previous article, it is since 2008/2009 that my interest is focused on the “Disruption Economy” and its impact on Leadership, following a study made with 14 Brazilian C.E.O.s and Fundação Dom Cabral.

Early 2020, of course, I was taken completely off-guard when realizing that disruption wasn’t necessarily caused by technology but by a virus, so tiny that, should it be physically extracted of every human being suffering from it at the peak of its wave, it would easily fit into… a tea spoon!

One of my “partners in crime”, Nick McRoberts and I are busy (with a view to write a new book on this), observing and interpretating what the Disruption Economy is changing in the way leaders engage their organisations. We saw, so far, 11 traits emerging from “disruptive leaders:

Self-Critical Thinking: When driving back from Geneva airport (a 90’ run when lucky), I tended to listen to political debates. Sadly, I increasingly find myself, switching-on to easy listening music as I get profoundly unimpressed by people jumping at the throat of each other, incapable to listen and find something worth respect in the other party’s proposal. Looking back at the disastrous consequences of electing divisive leaders in some countries, I believe this sort of behaviour, if reinforced by disruptive technologies (just see the development of hate speech on social networks) can only lead us to a disaster. Yesterday, I was listening to a podcast, explaining that volunteers had been given to read articles of art critics. They unconsciously rated the negatively critical ones as more knowledgeable and competent than those who were constructively critical. Disruptive leaders seem to go against that trend. Rather than using critical thinking (i.e. I listen to find flaws in your reasoning and prepare to launch my counterattack) they are interested as well, by another internal dialogue (“What disturbs me in that proposal? Why do I find difficult to listen to him?”). Past leaders are polarising and create opposition, disruptive leaders seek to create mutual understanding and co-create a collective solution. More on this, in this article.

From Customer-driven to Customer-driving: Far from being a fan of Jeff Bezos, Steve Jobs or Elon Musk, who are geniuses but represent, in our eyes, leaders of the past, but, what they have in common is not to have hired consultants to tell them what the market wanted. They listened, observed, questioned and with an amazing customer empathy, they understood, better than us, customers, the needs we were unaware of. Disruptive leaders use empathy and questioning to guess what their customers unfulfilled needs are. Professor Larreché (Insead) has produced an interesting matrix on that topic, produced in an article of ours.

From Leading when I know to Leading when I don’t know: This is probably one of the most destabilising aspects of disruptive leadership: I still need to lead my people, even though I can’t claim to be an expert in their field of expertise. This means leading from the back, rather than from the front, showing humility rather than certainty, ask questions rather than make definitive statements, being curious and exploring rather than moving forward with determination. Another article explains it here.

From conditional to unconditional collaboration: I am far from being an expert in Organisational Design, but, it seems that, to embrace the Complexity created by the Disruption Economy, the matrix organisation should be ideal… “Should”… that is without accounting for ego contests, internal competition and territorial wars. The fear of losing out on one’s territory (read status, ego) is, by the way, one of the three triggers of our deepest fears (survival, territory and habits change). When an organisation’s culture suggests conditionality (if I win you lose, I’ll do this and what do you bring in exchange?) the energy to fight off the enemy rapidly takes the direction of the internal enemy. Being unconditional demands transparency, openness and benevolence. It suggests frequent communication, face to face connections and authenticity. See here what how I like to present it in my sessions.

From building on basics to challenging orthodoxies: Chilean neurobiologist and director at France’s prestigious CNRS, Francisco Varela (1946/2001) found out that, no matter how hard we try to be open-minded and creative, 80% of the ideas we come up with come from a part of our brain stocking past experience. Being aware of our unconscious bias and past winning formulas, realising we may have implicitly taken decisions that will therefore never be challenged, is part of the skills that disruptive leaders develop and work on. Being aware of ones’ orthodoxies is challenging as it often is unconscious. This article says more about it and how to surface a possible orthodoxy.

From brilliant individual leaders to an intelligent organisation: In their book, “The spider and the starfish”, Brafman and Beckstrom compared the disciplined, centrally organized and hierarchical Aztecs and Mayas to the rebellious, purpose led and decentralized Apache tribes, in their capacity to deal with totally new and unexpected “competition” coming out of nowhere (to the Spanish readers, I don’t mean that Spain is “nowhere”;). Whereas the first were rapidly defeated by the conquistadores, the later never were and resisted to “white men” for more than three hundred years. The first believed into leader dependent organizations, the others in intelligence led tribes. Creating an intelligent organisation is the first duty of a disruptive leaders. The multitasking, multisourcing, VUCA climate makes it impossible for leaders to be aware about every threat or opportunity presented by the disruptive environment. They must be supported by an intelligent, creative, innovative, purpose-led and “seek forgiveness rather than permission” culture. This article elaborates on this point.

From Trust is earned to Trust is given: A corollary of the unconditionality is that Trust has to be given, not negotiated, conditional nor earned. It is our duty not to be naïve and ensure that this trust is not being abused of course. Trust given is a radical accelerator and game changer in disruptive businesses. More on this article.

From engineering mindset to Logos/Ethos/Pathos: Nothing wrong, of course, with being an engineer nor having their mindset, but, in the Disruption Economy, focusing everything on Logos (cognitive, reason, logic) and being blind to Ethos (values, leadership, behaviour) and Pathos (emotions and passion) will fail to create the engagement through which people will mobilise and follow you. See this article of one of our senior leaders, Michael Newman.

From leading a team to Engaging communities: Leaders, in disruptive organisations, increasingly realise that leading their team (clear hierarchy, shared objectives, I am the hand who feeds you”) is very different from “engaging a community”. The growth of Communities may be linked with the matrixed organisation. These are people (either from the same organisation or external, customers, suppliers, society etc.) whom you have no formal authority on, who can (sometimes can’t but can always create chaos in your project) choose to join your project. You aren’t the hand who feeds them, so they will choose to engage on your project, far more from an Ethos and Pathos standpoint than out of obligation. I suggest you read the following article if interested.

From Transactional to Relational: In business, there are mainly two ways that people choose to connect with each other: being to the point, efficient and transactional or being relational, curious and connecting. The first one is straightforward, no false games being played, we go direct and nobody wastes time. The second takes (a bit) more time, is less focused on a specific outcome and presents the big advantage of helping building trust and finding out “information that I did not know the other one had but didn’t know I needed. Maybe this article provides you with a clearer view.

From Obsessing on R.O.I. and E.B.I.T.D.A. to Social Value Added: Harvard Political Science Professor, Michael Sandel, explains that a drift occurred in capitalistic values through which people became more valued through what they earned than how they contributed to the welfare of society. When one looks at the obscene discrepancies between the salaries of nurses, cashiers in supermarkets, policemen, professors and many others and compares them to the insane bonuses of people working in financial institutions (traders, wealth managers, etc.) one can wonder who truly takes part in creating well being in our world. Disruptive leaders have an acute sense that their organisations are part of society and can not pretend to remain neutral and out of its life. See if this article speaks to you.

As you can see, we still have a long way to go, and we would appreciate your comments and feedback, own experience and thoughts on what tomorrow’s leaders will have to develop as skills. Let us try to be as sharp than the 14 Brazilian C.E.O.s